Nintendo announced the third instalment in the Luigi’s Mansion series of games during their E3 2019 Direct stream. On his latest misadventure, Luigi will find himself hunting spooky spectres inside a massive haunted hotel. Mario and Princess Peach are also tagging along this time, though sadly not as playable characters. Instead, the Player Two position goes to an all-new character: Gooigi, a slimy spectral doppelgänger of Luigi himself.

Each floor of the hotel will be its own distinct level, complete with its own unique theme and boss creature. In order to save himself and his friends Luigi will need to face his fears and explore each floor of the hotel, tackling ghosts and ghouls along the way with the help of his trusty Poltergust.

New gameplay footage for the upcoming remake of Link’s Awakening was shown-off during the Nintendo Direct stream. It gave fans a much closer look at a reimagined Koholint Island and revealed a wonderfully adorable new aesthetic that Nintendo have adopted for the game. Link’s Awakening was always one of the more light-hearted entries in the franchise, and the remake’s visuals echo that beautifully.

The remake will also feature an all-new dungeon creator, which will allow players to assemble custom dungeons using preset rooms that you collect throughout the main story. The Legend of Zelda: Link’s Awakening launches exclusively for Nintendo Switch on September 20th 2019.

Trials of Mana, a remake of the original Seiken Densetsu 3, the third game in the celebrated Secret of Mana series, is finally making its way west thanks to a collaborative project between Nintendo and Square Enix. Released for the Super Famicom back in 1995, Seiken Densetsu 3 was the only game in the series that wasn’t sold outside of Japan. The remake trades the original top-down JRPG layout for a fresher and more modern perspective. It will be out for the Nintendo Switch early 2020.

Due out on July 26th, Nintendo treated viewers to a launch trailer for Fire Emblem: Three Houses. Three Houses places players in the role of a teacher at a military academy, where the students are separated into (yup, you guessed it) three houses. You must manage and develop relationships with the students in your class with a view to recruiting the ones you like when they graduate.

The kicker is, the ones you don’t recruit will end up in rival armies and you will then be forced to fight and perhaps even kill them on the battlefield. Three Houses will also, like its predecessor, feature permadeath for all characters unless played in Casual Mode. True to form, it looks like this next entry in the Fire Emblem series is set to make gamers around the world ugly cry over the bodies of their favourite characters. Again.

Side-scrolling run-and-gun classic Contra is making a comeback this year. Konami and Nintendo announced a new entry in the series at this year’s E3 Direct: Contra Rogue Corps. Accompanying the announcement was a trailer, which introduced us to Damned City and four playable characters: Kaiser, a returning character from Contra 3, a cyborg panda called H.B., Ms. Harakiri – an assassin with an alien symbiote, and an extremely civilised mutant bug known as The Gentleman.

This latest instalment in the Contra franchise trades the classic side-scrolling look for a top-down perspective, but the rest of the classic Contra formula is there. The trailer also gave us a release date of September 24th for the game, so Contra fans won’t have to wait long to play Rogue Corps.

Pokémon Sword and Shield PokéBall Plus 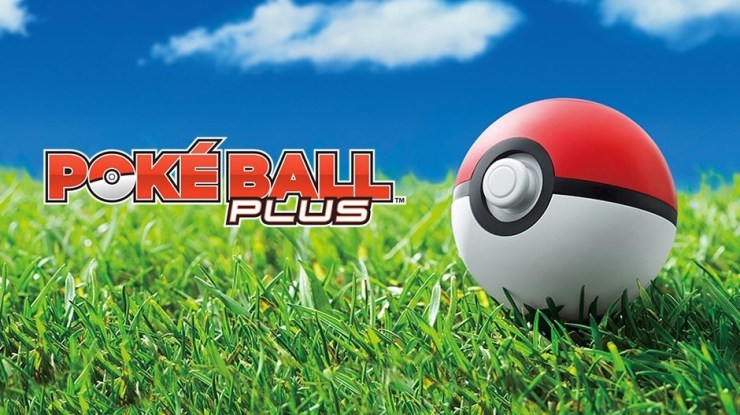 Pokémon Sword and Shield will be compatible with the PokéBall Plus, Nintendo announced during their E3 reveal stream. The device, which debuted in Pokémon Lets Go Pikachu! and Let’s Go Eevee!, allows players to store and carry their Pokémon when they’re not playing the game. In the reveal it was stated that “something good might happen” when you store your Pokémon in the PokéBall Plus. Pokémon Let’s Go Pocket Monsters stored in the PokéBall Plus received bonus experience and occasionally picked up items, so we’re hoping the accessory confers similar boons in Sword and Shield.

The next offering from Platinum Games, Astral Chain, got a follow-up trailer after its announcement back in February. The game sees humanity fighting against extradimensional beings known as Chimeras that are attacking a large city known as The Ark. You are a rookie member of an elite police task force called Neuron, who are spearheading The Ark’s defence.

From the looks of the reveal trailer, we will be able to control two characters at once – switching between them on the fly. It’s also full of that sensory-overload brand of bonkers that Platinum Games does so well. Astral Chain is set to release August 30th on Nintendo Switch.

It looks like Disney are wasting no time in taking advantage of their acquisition of 20th Century Fox, bringing both the X-Men and the Fantastic Four back into the Marvel fold with Marvel Ultimate Alliance 3. Whispers have also surfaced claiming that characters from the Marvel Knights universe (namely The Punisher and Daredevil) will be added to the game later as DLC.

You can join all these heroes and heroines (and more) as they go up against Thanos and his Black Order when the game hits shelves on July 19th.

The musical take on Nintendo’s Legend of Zelda franchise, Cadence of Hyrule, finally has a release date. During their E3 Direct stream, Nintendo confirmed that the game will be out June 13th. The game uses the same rhythm-based mechanics as Crypt of the Necrodancer, the charming roguelike developed by Canadian indie studio Brace Yourself Games.

Mario and Sonic at the Olympic Games: Tokyo 2020

One of the most anticipated games among this year’s Nintendo offerings was Animal Crossing: New Horizons, the sequel to 3DS smash hit Animal Crossing: New Leaf. Fans finally got to see some gameplay footage of the franchise’s latest adventure and it’s downright gorgeous. The classic village setting has been cast aside and players have been whisked away to a tropical island paradise, courtesy of Nook Inc.

There is, however, a catch. Nintendo’s deputy general manager Yoshiaki Koizumi stated that “to ensure the game is the best it can be”, Animal Crossing: New Horizons has been delayed until March 2020. Now as frustrating as delays can be, if the extra time is used effectively by the studio it will mean that the right game is released come March next year, and that will be well worth the wait.

Legend of Zelda: Breath of the Wild sequel

Nintendo closed strong this year, ending their E3 2019 Direct stream with news that a direct sequel to Breath of the Wild is in the works. That’s right, as if we had not yet received enough good news regarding the Legend of Zelda franchise, Nintendo confirmed the development of a full sequel to 2017’s breath-taking open-world adventure in a stunning break from series tradition.

The teaser trailer shown alongside the announcement was light on details, as you’d expect, but reunited us with Link and Zelda as they venture deep underground in search of something. The trailer’s theme music is chilling, nightmarish. In the darkness they come face to face with an ancient evil. Withered, diminished. Familiar – and still alive.