After much speculation, Nintendo has finally unveiled the Nintendo Switch Lite – a handheld-only variant of its latest console.

The Switch Lite is one of two variants that was rumoured to be in the works earlier this year, with the other as yet unnamed variant alleged to be a more powerful version of the original Nintendo Switch.

Slightly smaller than it’s big brother, the Switch Lite features a 5.5 inch touch screen instead of the original Switch’s 6.2 inch screen. The Switch Lite will not support TV mode and thus is not supplied with a Switch Dock, in addition to this it will not feature detachable Joy-Con controllers. As a handheld-only console focussed on portable gameplay the loss of these features shouldn’t come as much of a surprise.

There is, however, one potentially major issue with the Nintendo Switch Lite, namely that it will not be able to play all Nintendo Switch games. The system will only be able to run games that support handheld mode and will not be able to support games with motion controls unless you link a separate set of Joy-Cons to it. Nintendo has assured that the Nintendo eShop will warn players when attempting to buy digital games that do not support handheld mode using their Switch Lite. All future physical releases will also display a sticker on the case fulfilling the same function.

The Nintendo Switch Lite will launch later this year on September 20th in three colours: Dark Grey, Yellow, and Turquoise. However, a Pokémon Sword and Shield-themed special edition of the console called the Zacia and Zamazenta edition will be releasing slightly later on November 8th. Named after the two legendary Pokémon set to feature in Sword and Shield, the Zacia and Zamazenta edition will unfortunately not be bundled with a copy of the game or have it pre-loaded onto the device. 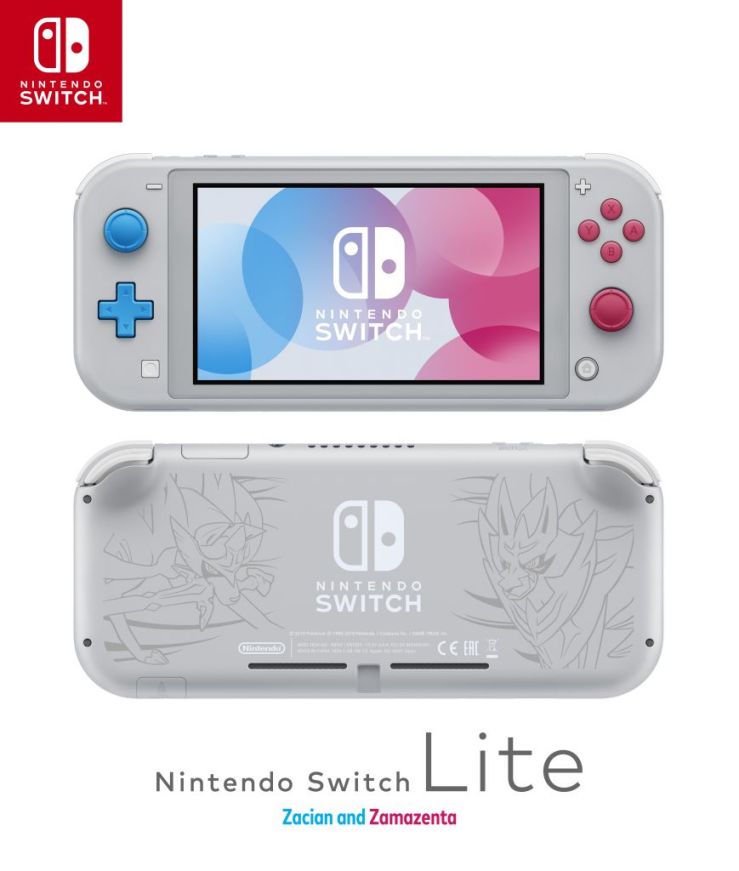 For more info check out the Switch Lite’s official page on Nintendo’s website.