Announced earlier this year, The Elder Scrolls: Call to Arms is the new tabletop miniature RPG based on Bethesda’s beloved fantasy video game series. Call to Arms made a big splash at this year’s Gen Con when developers Modiphius Entertainment announced that the first wave of miniatures would be hitting shelves in early 2020.

Exclusively at Gen Con however, Modiphius were also selling a high-quality resin cast collectible edition of the Dragonborn himself.

When the game officially launches next year, players will have access to two factions: the Imperial Legion and the Stormcloaks. However Modiphius have assured that they have over 150 sculpts in the pipeline as of right now with many more on the way, including miniatures from multiple alternative factions from Skyrim and beyond.

There will also be a host of miniatures for AI-controlled creatures that belong to no faction, called “Adversaries.” Everything from Draugr to Atronachs to Daedra, and eventually, Dragons. These miniatures will wander the game board and indiscriminately attack anything that gets too close. 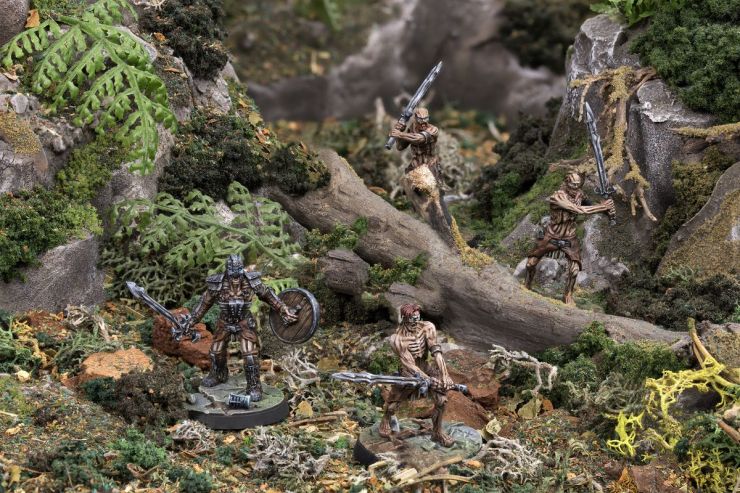 The two-player starter set will include 17 pre-assembled plastic miniatures consisting of five Stormcloak rebels, five Imperial Legionnaires, three skeletons, three Draugr, and a Draugr Deathlord. Faction heroes amongst the Stormcloaks will be Ralof and Yrsarald Thrice-Pierced, with Hadvar and an Imperial Mage leading the Legionnaires. 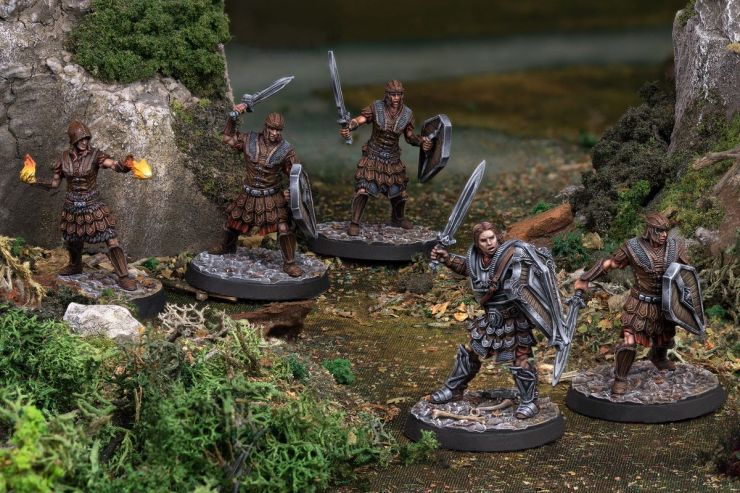 Also included in the starter set are a deck of cards, tokens, and a double-sided play map – one side featuring a wilderness, the other a Nord tomb. Added to this will be a rulebook covering the Battle Mode (action-focused) and Delve Mode (narrative-focused) styles of play.

You can take a closer look at painted and unpainted versions of the starter set miniatures over on Modiphius’s website.